2020health is a Westminster based centre right think tank for health and social care, set up in 2006. It describes itself as 'an independent, grass-roots, think tank for health and technology interested in realistic solutions', which aims to 'uniquely focus on bottom-up policy development by front line professionals. [1] However, it is not clear how many health professionals it represents nor how well it represents their views. Its chairman is also CEO of a global network of private health insurance companies and its Advisory Council is heavily weighted towards large, for profit companies. 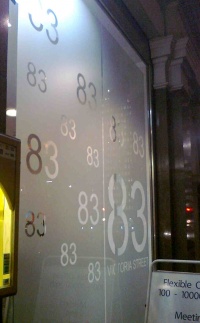 Links to the UK Conservative Party

2020health has a number of ties to the Conservative Party.

2020health describes its primary concerns as:

2020health held five fringe events at the 2010 Conservative Party conference, including" ‘Why The NHS Needs To Be Transformed By Technology’, ‘Pricing Medicines: Can we deliver value to patients AND industry?’ and ‘Pre-Hospital Care: Why the NHS is not fit for purpose’.[7]

2020health says on its website it is "funded by people like you because it exists for you,” refering to its claim to be a"grassroots" organisation. It adds that this “ensures that we retain our independence and credibilty as a Think Tank.”[8]

However, a number of 2020health's reports do reveal other, corporate donors it has received money from. Below is a list of reports along with who they are sponsored by:[9]