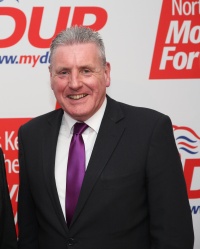 Vernon Coaker has been the Labour Party MP for Gedling since 1997.

Coaker was appointed shadow secretary of state for Northern Ireland in 1997.[1] Following the September 2015 Labour leadership election, Coaker resumed the role of shadow Northern Ireland secretary which he had served under Ed Milliband, moving on from shadow defence minister. [2]

Between April 2014 and April 2015, 13 members of the Labour Party received a total of £597,404 in secondments from the Big Four accountancy firms (PricewaterhouseCoopers, KPMG, Deloitte and Ernst and Young). During this time Coaker received a secondment worth £13,039 from KPMG.[3]