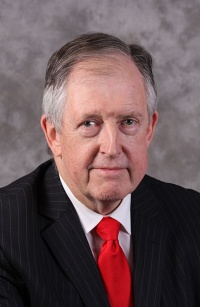 Tom McNally has been a Liberal Democrats peer since 2004.

He is a former minister of state at the Ministry of Justice[1] and deputy leader of the House of Lords.

McNally is an ex-PR man and lobbyist who held roles for over 17 years at agencies including Hill & Knowlton and Weber Shandwick.

His biography on the Liberal Democrat Party website reads:

He was appointed a Parliamentary adviser to GEC (1983-4) and then Director General of the British Retail Consortium (1985-87). In 1987, he joined public relations firm Hill and Knowlton as Director of Public Affairs, before moving to a similar position at Shandwick Public Relations in 1993. He subsequently became Vice-Chairman of Shandwick. In 2003, he was appointed to the new post of non-executive Vice-Chairman of Weber Shandwick following the takeover of Shandwick by American communications giant Interpublic. He left Weber Shandwick in November 2004 on his appointment as Leader of the Liberal Democrats in the House of Lords[2]

Prior to the September 2012 reshuffle

Lord McNally was the only justice minister to survive the September 2012 Cabinet reshuffle, taking over responsibility for the legal aid portfolio from Jonathan Djanogly. He also acquired shared responsibility for human rights and civil liberties with the Conservative Damian Green, who took over the joint role with the Home Office with responsibility for policing and criminal justice. [3]

McNally stepped down from the Government in December 2013 on his appointment as chair of the Youth Justice Board.[4]