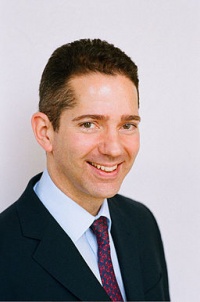 Back to Lobbying Portal
Jonathan Djanogly is the Conservative Party MP for Huntingdon and was justice minister from 2010 until he lost his post in the September 2012 Cabinet reshuffle.

Djangoly has been the MP for Huntingdon since 2001 and in the 2015 general election, Djangoly was successfully re-elected with 53 per cent of the vote and a majority of 19,404. [1]

Formerly the Shadow Minister for Corporate Governance and Solicitor-General, Djanogly was appointed as Justice Minister in May 2010.[2]

Djanogly - a millionaire[3] - is reputed to be one of the wealthiest members of the House of Commons.[4] He is the son of textile manufacturer Sir Harry Djanogly, whose fortune is estimated at £300 million. Jonathan Djanogly was privately educated at University College School in Hampstead, London before studying at Oxford Brookes University (then called Oxford Polytechnic); qualifying as a solicitor in 1990. He is independently wealthy, with shareholdings in excess of £60,000 in 18 different companies, including Imperial Tobacco and BP. His shares are worth at least £1,170,000 in total.[5]

Djanogly was a corporate partner in leading international law firm SJ Berwin until leaving in late 2009 to focus on his political career as he was "confident enough in the outcome of the election".[6] In 2009, SJ Berwin "seconded" a trainee solicitor to work in Djanogly’s parliamentary office - an appointment subject to criticism as SJ Berwin lobbies Parliament on behalf of the private equity industry.[7]

In January 2009, Spinwatch, the pressure group for lobbying transparency, accused Djanogly of withholding information from the electorate and parliament about his business activities. According to The Guardian,

SJ Berwin says it led the lobbying by the private equity industry on a business bill in 2006. Djanogly was leading the Tory opposition on the same bill. In a newsletter for clients, a SJ Berwin lobbyist said: "We are lucky to have the inside track - our partner, Jonathan Djanogly is shadow minister for trade and industry and will be leading on the bill opposition as it makes its way through the Commons."

Djanogly told the Guardian: "I do not conduct lobbying on behalf of myself or SJ Berwin LLP and I have not been lobbied by SJ Berwin LLP in relation to the Companies Act or other legislation." SJ Berwin said last night that it lobbied unpaid for the private equity trade body on the bill.[8]

In July 2009, it emerged that Djanogly had claimed more than £13,000 from his parliamentary expenses to employ a Polish student under the auspices that she was cleaning his designated second home in his constituency of Huntingdon three days a week. He claimed an average of £400 per month for cleaning. However, Djanogly admitted the cleaning money was her only income; and that she had on occasion looked after his children. Djanogly agreed to repay some £25,000, including money spent on cleaning and gardening. His repayment was not, he maintained, acknowledgement that his arrangements had been improper, but rather "in recognition of my part in Parliament’s collective failure to address the expenses system".[9]

In September 2010, Djanogly admitted to hiring private detectives to investigate the views of local Conservative activists. He paid the "intelligence-gathering organisation" Morris Chase International £5,000 to ascertain the views of his colleagues. The firm was directed by Djanogly to carry out "discreet inquiries under the pretext of writing a newspaper article", tricking several individuals into revealing their concerns about the MP. Djanogly received the findings in a private document sent to him in July 2009, including mention of aides who believed him to be a poor politician who had lied about his expense claims - he had paid in excess of £13,000 for a cleaner who also worked as au pair to his children. Morris Chase maintain that no laws were broken during the course of the investigation. Director Michael Morris commented that "All the information obtained for and reported to Mr Djanogly was developed legally. The use of pretext is legal as long as the requirements and principles of the Data Protection Act are adhered to".[10]

Former Huntingdon douncil leader Derek Holley was one of those targetted. He called for Djanogly to "consider his position" in government; adding "Nobody approached me as a private detective, so if they approached me it would have been with some subterfuge. I'm angry because I am an upfront sort of guy and I would have rather he came up to me directly and asked me and I would have said yes or no". David Cameron's spokesperson said the Prime Minister had full confidence in Djanogly, and that "The PM will judge him on his performance as a minister. [Djanogly] has said himself that with hindsight he may have overreacted".[11]

Conceding that he had, indeed, overreacted, Djanogly remarked:

Following a series of malicious allegations made against me in newspapers last year, I felt I had to act to find out who was spreading these untrue stories. I instructed a firm of private investigators to try to find out the source of these stories because I was extremely upset that my private family life had been invaded... I am sorry if some people judge that I made a mistake. With hindsight I can see that I may have overreacted, but I was being subjected to very malicious, anonymous attacks on my family.[12]