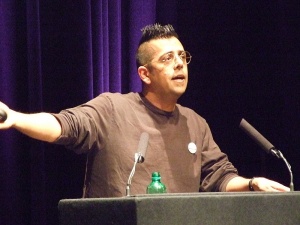 Singh describes himself as 'an author, journalist and TV producer, specialising in science and mathematics, the only two subjects I have the faintest clue about.' [1]

My parents emigrated from the Punjab in India to Britain in 1950. I grew up in Wellington, Somerset, and then went to Imperial College London, where I studied physics, before completing a PhD in particle physics at Cambridge University and at CERN, Geneva. [2]

In 1990 Singh joined the BBC’s Science Department, 'where I was a producer and director in programmes such as Tomorrow’s World and Horizon.' [2]