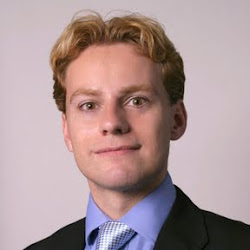 Sheridan Westlake has been a policy adviser to 10 Downing Street since the 2015 general election.[1] He was a former SpAd to the secretary of state for communities and local government Eric Pickles from May 2010.[2]

After attending the Royal Grammar School in Guildford, Westlake went on to study to postgraduate level at Oxford University. While he was there he was press officer of the Oxford Union for a number of years.[3]

In 2003, Westlake was elected councillor for the Merrow ward in Guildford borough. The Guardian described him as particularly "flamboyant".[4] He was re-elected in 2007 with an increased majority. In 2010 Westlake was appointed chairman of the Licensing Committee and served on the Corporate Improvement Scrutiny Committee.[5] He went on to become deputy director of research for the Conservative Party in 2008, a role which he held until May 2010.[6]

Westlake is described as a 'local government specialist he has played a key part in planning the raft of initiatives so far announced by Eric Pickles at the DCLG.' [7]