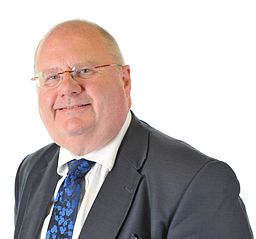 He was secretary of state for communities and local government from 2010[3] until 2015.

Following the resignation of Baroness Sayeeda Warsi in August 2014, he had acquired additional responsibility becoming the faith minister too.[4] The minister 'works with religious and community leaders to promote faith, religious tolerance and stronger communities within the UK'. [5] This appointment was surrounded by controversy however, as Pickles was seen to be a fierce defender of religious privilege. [6]

According to the Jewish News Online, Pickles is now set to become the new parliamentary chair of Conservative Friends of Israel after he left cabinet in May 2015. [7] In October 2015, Pickles signed a letter in The Guardian along with more than 150 people drawn from the arts and politics. The letter launched Culture for Coexistence, an organisation that opposes the Boycott, Divestment and Sanctions movement.[8]

Pickles was Leader of Bradford City Council from 1988 to 1990. He held a number of positions while in opposition, including Shadow Secretary of State for Communities and Local Government from 2007 to 2009 and Chairman of the Conservative Party from 2009 to 2010. [1] Previous roles also include shadow minister for transport form 2001 to 2002 and shadow spokesperson for work and pensions from 1998 to 2001. [9]

Having left his role as Secretary of State for Communities and Local Government following May 2015's general election, Pickles sought the advice of the Advisory Committee on Business Appointments (ACOBA) in March 2016 regarding a new position as Non-executive director of the Leo Group, a recycling and waste management firm.

Given that Pickles was not entering the sector which fell under his ministerial remit and would not be dealing with his former department in any form, he was allowed to take up the job on the conditions that he does not employ any privileged information from his time in government; that he serve a two year lobbying ban from his final day in office; and that he make clear to any clients that his actions are as a representative of the Leo Group, as opposed to of government. He took up the role in April 2016. [10]

In May 2015 it was announced Pickles would receive a knighthood 'in recognition of his service as an MP and, before that, in local government'.[11]

Pickles was educated at Greenhead Grammar School and Leeds Polytechnic. [1]