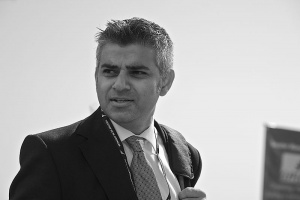 Sadiq Khan is a Labour Party MP, he has been the Member of Parliament for Tooting since 2005.

He is a former shadow secretary of state for justice, shadow lord chancellor and shadow minister for London[1] but after the 2015 general election asked not to be included in the shadow cabinet due to his intentions to run as a candidate for the Mayor of London.

The London mayoral race of 2016 was considered one of the most ferocious and bitterly fought campaigns in recent times, resulting in severe criticism of the Conservative Party's candidate Zac Goldsmith's for his repeated attempts to brand Khan as an 'extremist' for sharing a platform with the controversial Iman Suliman Gani. These 'extremist' claims were also repeated by much of the Conservative Party rank and file, including Michael Fallon and Prime Minister David Cameron, who used the platform of Prime Minister's questions to give them further publicity. Michael Gove even went as far as claiming Khan supported the implementation of Sharia Law.

Leaflets were also distributed which branded Khan as 'divisive' and 'radical', but Goldsmith's team denied that these claims were made in relation to Khan's Muslim background. Khan's campaign didn't let this slip however, and branded the leaflets a form of 'coded racism'. Goldsmith's campaign truly began to collapse when it was revealed that he and Gani had attended the same 'become a councillor' event hosted by Tooting candidate Dan Watkins, and pictures of them standing on a street together were leaked to the press.

The Conservative Party's Andrew Boff said the following shortly after polling closed on Newsnight: ‘I don't think it was dog-whistle because you can't hear a dog whistle. Everybody could hear this.’ Another unnamed Tory Party critic also observed that 'Zac failed...because he was trying to blow ‘a dog whistle in a city where there’s no dog.’

Adam Bienkov, in his article 'Yes we Khan: The inside story of how Sadiq Khan defeated a dog-whistle campaign', notes that Khan's success was also based on his team's involvement in the Miliband leadership campaign and the lessons learnt from the 2015 general election:

'The key to understanding Khan's success is to realise that both Khan and most of his senior lieutenants are former Miliband staffers. Khan, who had previously masterminded Ed's leadership bid, watched in horror last year as the Conservatives successfully defined him as weak, awkward and unfit to be prime minister. It was a brutal experience, which most of those around Khan witnessed first hand. They were all determined not to repeat the same mistakes again...‘The most important lesson from Miliband was that Sadiq needed to define himself before his opponents had a chance to,’ one ally of Khan told me.' [4]