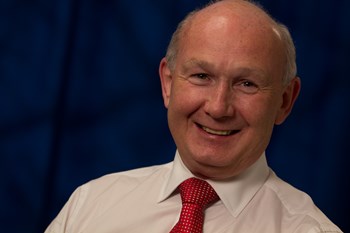 Peter Ruddock CBE, CB is a former high ranking officer of the British Royal Air Force and Ministry of Defence who retired in 2011.

That same year he joined the global aerospace and defence company Lockheed Martin UK as a business development director.

Ruddock served a full military career with the Royal Air Force, with notable roles including Officer Commanding RAF Coningsby, Air Commodore Defensive Operations, Director of Air Staff, Air Secretary, and Air Component Commander for both Afghanistan and Iraq. His last role before leaving was as an Air Marshal.

After retiring from the Royal Air Force in 2011, Ruddock was appointed director of business development at Lockheed Martin in July 2011.[1]. He was appointed UK chief executive in January 2016.

Since working for Lockheed, Ruddock has had 11 meetings with the UK government, the most recent of these in November 2016 according to Campaign Against the Arms Trade's Political Influence database. [3] 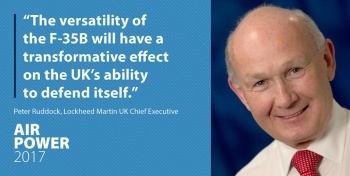 In March 2017 the US Department of Defense F-35 Joint Program Office awarded a contract worth more than £80m (US$102.2m) to Lockheed to deliver the initial training, engineering, maintenance and logistics support for the UK’s F-35 Lightning II fleet over a three year period. According to a BAE Systems news release:

Lockheed Martin has sub-contracted work worth £40m to BAE Systems and together the two companies will form a team of more than 100 skilled technicians at RAF Marham, which will provide engineering and technical expertise, deliver air-crew and ground-crew training, facilitate routine maintenance and help to manage the jets’ global supply chain. BAE Systems will take the lead sustainment role for F-35 Lightning II in the UK with Lockheed Martin continuing as prime contractor for global operations.