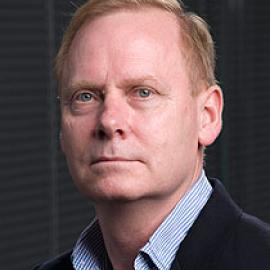 Lieutenant General (Retd) Sir Paul Newton KBE CBE MPhil is a former senior British Army officer. He is now the chairman of the board of Babcock International and a Professor of Strategy and Security at the University of Exeter. [1]

In 2012 Newton retired from his role as Commander Force Development and Training, Army and sought permission from the Advisory Committee on Business Appointments (ACOBA) to accept a part-time appointment with Babcock International Group as a member of its Defence Advisory Board.

Acoba allowed Newton to take up this new role just five months after leaving the army. It applied the standard provisions 12-month restriction against bidding for MOD contracts for Babcock and against lobbying government for two years.

When considering this application, the Committee noted that Lt Gen Newton had had only occasional, limited official contact with his prospective employer, which did not involve any contractual dealings with it; that he had had no access to commercially sensitive information concerning his prospective employer's competitors; and that he would not be taking up the appointment until September 2012, some five months after his last day of service.
The Prime Minister accepted the Committee's recommendation that, on the understanding that Lt Gen Newton would not draw on privileged information available to him whilst in post, his application be approved subject to the conditions that, for 12 months from his last day of service, he should not advise his new employer on any bid or contract directly relating to the work of the MOD, and that, for two years from the same date, he should not become personally involved in lobbying Government on behalf of his new employer.

ACOBA permission was granted in June 2012 and Newton took up the position in September 2012. [2]