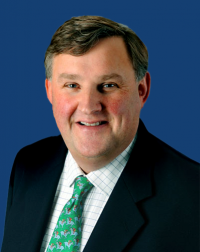 Oliver Colvile has been the Conservative Party MP for Plymouth, Sutton and Devonport since 2010.[1] In the 2015 general election Colvile retained his seat with a majority of 523. [2]

Since May 2015, Colvile has been the parliamentary private secretary (PPS) to the armed forces minister Penny Mordaunt.[3]

Colvile is a member of the Northern Ireland Affairs Committee, appointed July 2015.

He is also a parliamentary member of the Smart Cities All-Party Parliamentary Group, appointed July 2015.

Colvile is the chair of the All-Party Parliamentary Group for the Private Rented Sector, which aims to raise 'greater awareness of the private rented housing sector in Parliament; to provide a forum for parliamentarians to discuss issues pertinent to the sector and engage with landlords, tenants and other interested parties; to hold inquiries into policy and operational issues in this sector and produce reports. He was appointed 16 June 2015 at the group's AGM. [4]

He is also the chair and registered contact of the Built Environment All-Party Parliamentary Group, (appointed 18 June 2015), whose secretariat is the Construction Industry Council. [5]

In November 2015, Colvile was appointed as a member of the Armed Forces Bill Select Committee.[6]

He is also currently joint vice-chair of the Pharmacy All-Party Parliamentary Group. [8]