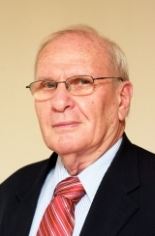 Oded Eran of the INSS in a photo from the INSS website. Accessed 12 November 2012.

Oded Eran is a senior research associate at the Institute for National Security Studies (Israel) and served as director of INSS from July 2008 to November 2011. Eran has had a long career in Israel's Ministry of Foreign Affairs and other government positions.[1] He served as Israeli ambassador to Jordan and to the European Union[2].

Oded holds a Ph.D. from the London School of Economics.[1]

Eran currently serves as an advisor to the Knesset Subcommittee on Foreign Affairs and is also a senior research associate at the Institute for National Security Studies.[1]