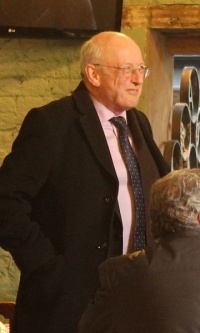 He is married to fellow Labour MP Alison Seabeck.[2]

Raynsford announced he would not stand in the 2015 general election due to his age.[3] He was replaced by Matthew Pennycook, who held the seat.[4]