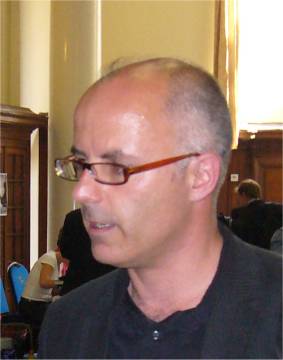 Neal Lawson is a former adviser to Gordon Brown and was a strategist for Tony Blair during the 1997 election. He is the Managing Editor of the Blairite Renewal magazine and the founder of Nexus, a Blairite internet discussion forum. He has boasted of helping GTech, the discredited Lottery company, to win their Lottery contract.

Lawson's lobbying firm LLM became notorious in July 1998 when they were caught up in the 'Lobbygate' controversy. Working as an undercover reporter for The Observer, Greg Palast, posing as a US businessman with ties to Enron, caught on tape two Labour party insiders, Derek Draper and LLM's Mendelsohn, boasting about how they could sell access to government ministers, obtain advance copies of sensitive reports, and create tax breaks for their clients. For example, it was revealed that Ben Lucas claimed he had given away details of one of Gordon Brown's speeches to a client before the speech was made and knew details of public spending announcements in advance. LLM said that they were a conduit from the Labour Government to business (as well as the other way round), procuring a steady stream of executives to feed the Labour Party's appetite for business contacts. This process included News International, where Ben Lucas said that the Government had sought out business, rather than business asking the lobbying firm for Government contacts.[1]

LLM also spent more than £5,000 on 'Tickets for Dinners' for their clients to attend Labour Party functions in 1998. Their clients include Rupert Murdoch's News International, Tesco, Orange and KPMG (consultants with a large number of Government contracts).

Articles or books by Neal Lawson