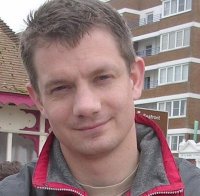 Hills, in a picture taken from his Facebook page

Mils Hills is a propaganda operative who claims he was the first Anthropologist to join the Ministry of Defence and then the Cabinet Office. His background is in Information Operations and at the Cabinet Office he helped to set up the Civil Contingencies Secretariat in the aftermath of September 11 2001. Since 2005 Hills has run a research consultancy called Analytic Red, where he has capitalised on contacts made while in government to carry out contracts for 10 Downing Street, the Governor of the Bank of England and his Executive Team, Scottish Government, QinetiQ, Home Office, FCO, DEFRA, DSTL (MoD).[1]

Hills outside 10 Downing St, a picture taken from his LinkedIn profile

Having read for a doctorate in the Department of Social Anthropology at the University of St. Andrews, Mils joined the Centre for Human Sciences of the Defence Evaluation and Research Agency (DERA) of the UK Ministry of Defence in 1998. Initially contributing technical input to Information Operations research, he rapidly came to be deployed on a range of research and consultancy activies across the organisation. In 2000 Mils was appointed Task Manager and in the following year Capability Group Leader as DERA moved towards privatisation (as QinetiQ). Mils left QinetiQ in 2002, and joined DERA's successor organisation the Defence Science and Technology Laboratory (DSTL). At the same time, Mils was seconded to the Civil Contingencies Secretariat of the Cabinet Office.

Mils has also served as a member of the Department of Trade and Industry Taskforce on Future Society and Crime and Secretary of a Defence Scientific Advisory Committee Working Party on Information Operations and Information Technology.[2]

Hills claims that he was the '1st Anthropologist at the Ministry of Defence'(October 1998 — December 2001), when he worked at DERA, which was privatised and became Qinetiq while he was there. His role included:

Technical and project management for an interdisciplinary team conducting leading-edge research in Information Operations (IO), Psy Ops and other domains including anthropological expertise.

Urgent Operational support to the military and intel customer.

Co-designed the Civil Contingencies Secretariat (CCS) at the Cabinet Office, following the fuel crisis, firefighters' strike, flooding, FMD etc.. This structure described by the then Cabinet Secretary as the most significant change to government in 200 years.

Capability Group Leader for Information Operations in the Human Sciences Team of the Ministry of Defence's DSTL.

Programme management and consultancy on asymmetric warfare and other topics.[5]

According to Hills his role at the Cabinet Office (March 2003 — February 2005) was as follows:

Together with Jas Mahrra - the co-founder of Analytic Red - Mils formed the UK Government’s only dedicated team discreetly developing and testing plans and policies at the highest strategic levels. We delivered exercises and scenario-planning events for senior players across sensitive and classified areas of Government. Novel techniques were used to effectively build strategic resilience in business continuity, crisis management & crisis communications.

Scenario-planning approaches were employed to generate foreign and domestic policy options at speed & to develop the Civil Contingencies Bill.
Work was specifically commissioned by:

Since 2005 Hills has been at Analytic Red] a consultancy founded with former colleague at the Cabinet Office. According too Hills:

Analytic Red has built unparalleled exposure and experience from working with high profile organisations to test and enhance their resilience to risk. For example:

In particular, we focus on the ability of soft (people) and hard (IT) systems to make the best possible quality of decisions appropriate to the client's risk appetite and under stress.[7]

Hills is somewhat sceptical about those arguments which value truth and authenticity over simulacra and simulation. While at the Cabinet Office Hills reviewed a book about Japanese cultural displays:

Fascinating questions are raised as to the nature of experience, and why it is that it is so easy and conventional for the West to privilege the real over the faithfully authentic. If we as visitors to any attraction or cultural site (museum, theatre, mall) can extract meaning, enjoyment, and reaction from it, then the issue of associating any authenticity with an originary real is essentially nonsensical. So much of history is comprised of ‘mights’ (Shakespeare might have eaten here) that the replication – or cloning! – of Shakespeare’s birthplace in Japan ensures that the experience that a Japanese visitor has in Japan’s replica is at least as authentic as that in Stratford.[8] 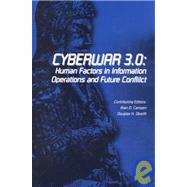