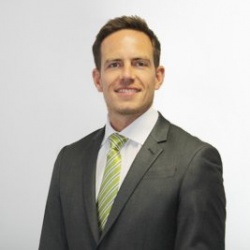 Michael Stott is a former UK government special adviser who is now director for the energy and industrial section of lobbying firm Hill and Knowlton Strategies UK.

Stott joined H+K as an associate director after a nine-month stint with Luther Pendragon and before that as EDF Energy's public affairs manager, handling comms for the development and deployment of its nuclear new build strategy.

Stott also worked for ex-energy minister and PR man Charles Hendry MP, and as a press officer for the Tories. [1]

His responsibilities at H+K have included running the secretariat of the UK All-Party Parliamentary Group on Unconventional Oil and Gas (APPG). Founded to ‘debate and explore the potential’ for developing such reserves, membership of this group offers the fracking industry and its lobbyists easy backdoor access to Westminster’s MPs. His old boss, Charles Hendry, is former vice-chair and member of the group. [2]