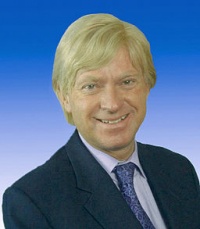 Michael Fabricant has been the UK Conservative Party MP for Lichfield since 1997. He was previously MP for Mid-Staffordshire from 1992 to 1997.[1]

Fabricant was appointed vice-chairman of the Conservative Party in 2012[3] but was sacked in April 2014 in what he described as a 'kneejerk decision' after he had tweeted that it 'was about time' that Cabinet minister Maria Miller had resigned after six days of public outcry over her expenses.

Fabricant explained how the sacking unfolded on Twitter: 'Been asked to resign as vice chairman, refused, so sacked over HS2 and my views on a recent Cabinet Minister. Still available 4 speeches etc.'[4]