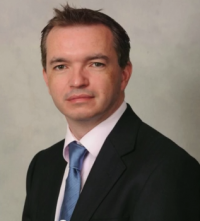 Mark Menzies has been the UK Conservative Party MP for Fylde since 2010.[1]

Menzies' constituency is home to the BAE Systems factory which builds the Eurofighter Typhoon jet sold under multi-billion pound contracts to countries including Saudi Arabia and Qatar. In March 2018 a report by the I News revealed that since 2013 Menzies had taken up eight all-expenses-paid overseas trips, including three to Saudi Arabia and three to Azerbaijan.[3] Menzies is a member of several all-party parliamentary groups, including on Bahrain and Azerbaijan.

Menzies's constituency is the only place where high-pressure high-volume fracking has so far occurred.

In November 2014 during a House of Commons adjournment debate on fracking, Menzies criticised the Coalition government for its lax regulation of the industry. He commented that,

The public perception is there that the regulatory function in this country is still not up to speed with the challenges of onshore oil and gas activity.

Extra resources to regulate the industry were essential he argued.

If we don’t do that, members of parliament like myself will find it very difficult to support this going forward because we will not allow anything to take place in our constituencies where the regulation is not robust, where the inspection is not independent, where the inspections are not unannounced. Anything short of that you will start to test the good will of members such as myself and the honourable member for Lancaster and Fleetwood Eric Ollerenshaw.

In February 2014, Cuadrilla applied to drill and frack eight shale wells across sites in Lancashire Roseacre Wood and Preston New Road, both within Menzies' constituency. [4] In June 2015, Lancashire County Council rejected the company's application. [5] Cuadrilla appealed the decision to a public inquiry, which lasted between February and March 2016, the determination of which was passed to communities secretary Sajid Javid[6] In October 2016, the refusal by Lancashire county council of Cuadrilla's fracking application at Preston New Road was overturned. [7] The application for the Roseacre Wood site is still undetermined.

In response to the decision, Menzies said:

'I am disappointed by the decision over the Preston New Road site as I have said many times that councillors made their decision following a thorough and lengthy debate on the issues involved and those decisions should be upheld.'

'Where Roseacre Wood is concerned, the Secretary of State clearly felt that traffic around the site was a serious issue which had not been addressed by Cuadrilla’s application. That decision has now been deferred for a later date.'

'While I may be disappointed with these decisions, now is not the time to sit back and be despondent but to carry on working hard to ensure the Government meets its responsibilities surrounding the regulation of this industry.' [8]

In November 2016, Menzies wrote to the secretaries of state for communities and local government, health, and business, energy and industrial strategy, demanding to know on what grounds the decision in October was made, and whether any of the recommendations from investigations into the impacts on fracking had been acted upon. [9]

At a meeting of the All-Party Parliamentary Group on Shale Gas Regulation and Planning in September 2016, Menzies called on fracking companies to offer more reassurances to communities by having more open conversations with government on their intentions. [10].

Menzies has voted a mixture of for and against increased regulation on fracking. [11]