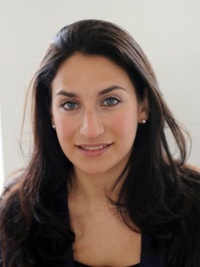 Having served as Shadow Health minister under Ed Miliband, she has now been appointed Shadow Minister for Mental Health following the Labour Party's leadership elections of September 2015. [5]

a feeling that if Luciana was not in fact Euan's girlfriend there wouldn't be very much left of the story. And sure enough, the following letter appeared in last Sunday's Telegraph. "You published a story headed 'Labour should have fought back on immigration, says Euan Blair's girlfriend', which described Luciana Berger as my girlfriend. Luciana Berger is not, and has never been, my girlfriend - Euan Blair, University of Bristol". [6] [7]

Online campaign of abuse by the Daily Stormer

Berger received a plethora of anti-semitic hate on social media, including the 'Filthy Jew Bitch Campaign' led by the US white supremacist website Daily Stormer under which the MP was sent 2,500 hateful tweets.

Berger took him to court, where he was found guilt and jailed for two years in December 2016. Bonehill-Paine has been found guilty of multiple other hate crimes previously. Giving evidence, Berger said the posts had made her feel sick and 'under attack' She told jurors:

'It’s fair to say I was the most concerned I have ever been about my personal safety since I was elected … In the midst of this ‘Filthy Jewish Bitch’ campaign the police were in constant contact with me. They were in my office and home and assisted my personal safety.' [8]

Berge is involved in Andy Burnham's campaign to become Labour Party leader, where she will focus on campaigns and engaging younger voters. She is joined by Michael Dugher, Owen Smith and Lord Falconer.[9]