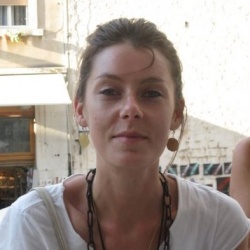 Lizzie Loudon was appointed as press secretary to British prime minister Theresa May in July 2016. [1]

She left ahead of May's snap general election in June 2017, and shortly afterward joined Hanbury Strategy, a new Brexit lobbying outfit set up by two former aides to David Cameron and Michael Gove.

Loudon was previously a media adviser to Iain Duncan Smith, former UK secretary of state at the Department for Work and Pensions, from 2013 [2] until his resignation in March 2016. [3]

She subsequently joined the Vote Leave communications team, responsible for coordinating appearances, interviews and speeches of key figures in the campaign. [4]

Before becoming Smith's personal media adviser, Loudon was a special adviser for the Department for Work and Pensions from September 2012 until December 2013. [5]

Loudon studied Social Anthropology and Politics at the University of Edinburgh. [5]