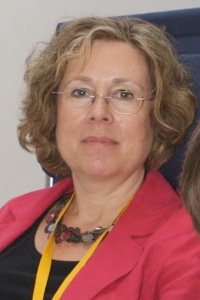 According to a biographical note on the Liberal Democrats website:

Baroness Lindsay Northover is the Liberal Democrats Spokesperson on International Development in the House of Lords. Lindsay Northover was educated at Brighton & Hove High School and St. Anne’s College, Oxford, where she received an MA in Modern History. In 1976 she was awarded an English-Speaking Union Fellowship to study at Bryn Mawr College and the University of Pennsylvania, where she gained an MA and PhD in the History and Philosophy of Science.

From 1980 to 1983, Lindsay was a Research Fellow at University College London and St. Mark’s Hospital, and from 1983 to 1984 she was a Fellow at St. Thomas’s Hospital Medical School. In 1984 she was appointed as Lecturer in the History of Twentieth Century Medicine at University College London and the Wellcome Institute, where she taught medical students and others, undertook research and published various academic works. She left UCL and the Wellcome Institute in 1991 to care for her children, while continuing part-time research and writing. Lindsay joined the SDP on its foundation in 1981, stood for Camden Council in 1982, and in the 1983 and 1987 General Elections contested Welwyn Hatfield for the SDP/Liberal Alliance.

In 1988 Lindsay married John Northover, who is a surgeon at St Mark’s Hospital, London, Clinical Director of Cancer Research UK’s bowel cancer unit, at St Mark’s, and Professor of Intestinal Surgery at Imperial College, London. They have three children, two sons and a daughter

Since then Baroness Northover has visited a range of developing countries and has been active in raising a wide variety of development issues in the House of Lords. She is particularly interested in and concerned about the impact of the HIV/AIDS pandemic in the developing world.[1]

Baroness Northover left her role as parliamentary under secretary of state for the Department of International Development in May 2015 and sought advice from the Advisory Committee on Business Appointments (ACOBA) about visiting professorship with the Institute of Global Health Innovation, part of Imperial College London. The committee advised that the Baroness be banned from any lobbying activity for two years from her last day in office, and she took up the role in January 2016. [2]

She sought ACOBA's advice a second time in November 2016 over becoming a trustee of the charity Malaria Consortium, and the appointment was later approved on the same terms. [2]

Northover became a patron of TOAST through her involvement as Lib dem health spokesperson. She says she was unaware of the link between TOAST and the diet company LighterLife: 'No, this commercial link was not mentioned to me.'[3] Northover is also a patron of the Westminster Diet and Health Forum a lobby forum whihc does not disclose its funding sources. One of its directors is Christopher Whitehouse of the PR agency the Whitehouse Consultancy. On learning this Northover writes that 'I have actually emailed them to remove me as a patron - I don't get to their meetings anyway these days. I noted all the parliamentarians there. I doubt that many know that this isn't a kind of think tank! They do list some sponsors, though not on the health website.'[4]