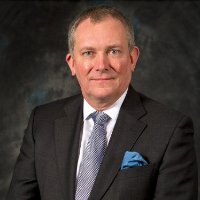 Since leaving the Ministry of Defence in 2012 he has pursued a new career in the arms industry.

Most recently, Leeson was appointed director of military affairs at Airbus UK in 2016. He has also been a senior strategy adviser on air sector matters for the Defence, Aerospace and Security Division of Atkins since 2013. [1]

In October 2017 a freedom of information request by Campaign Against the Arms Trade revealed that both Airbus and Atkins staff held passes (7 and 2 respectively) which allowed them access to the Ministry of Defence buildings in Whitehall. It is not known whether Leeson was among those who hold these passes. Other arms trade companies with such access included Fujitsu (50 passes), BAE (19), PA Consulting (15) and Leonardo (13). [2]

Leeson attended a meeting with the Director General of the Saudi Armed Forces Project at the MOD in April 2016 on behalf of Atkins. The purpose of the meeting was not recorded. [3]