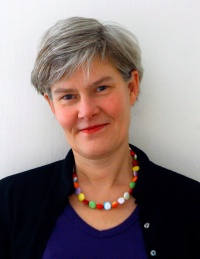 From October 2013 to September 2015 Green was the shadow minister for disabled people at the Department for Work and Pensions.[3]

In September 2015, following Jeremy Corbyn's election as leader, she became a Shadow Minister for Women and Equalities. [4]

A self-described 'longstanding campaigner against poverty and inequality', Green also chairs the all-party parliamentary group on poverty, and serves as a member of the Greater Manchester poverty commission. [5]

Before becoming an MP Green was chief executive of the Child Poverty Action Group and is a former director of the National Council for One Parent Families. [5]

Green was previously a member of the National Employment Panel, an advisory board that works with ministers on labour market policies. She also worked as the chair of the London child poverty commission, reporting to the Mayor of London and local councillors. [5]

Before her career in politics Green served as a magistrate for 16 years.

Between April 2014 and April 2015, thirteen members of the Labour Party received a total of £597,404 in secondments from the big four (PricewaterhouseCoopers, KPMG, Deloitte and Ernst and Young). During the time Green received a secondment worth £90,000 from Deloitte.[6]