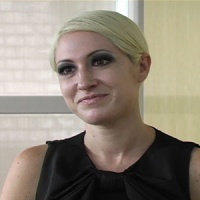 Justine Ari Rosenthal is Director of the Council on Global Terrorism and executive editor of The National Interest.

Rosenthal received her B.A. from the University of Chicago and her M.A. and Ph.D. degrees in Political Science from Columbia University, where she was awarded Einstein and Presidential Fellowships. Her dissertation at Columbia was titled 'Razing the terrorism monolith: Group typologies and state strategies'. In it she pointed out that, "Terrorist groups are not all the same...[and] viewing terrorism as a monolithic entity, rather than as a tactic used by various sub-state actors against the state for different purposes, nation-states make incorrect policy choices that often exacerbate the terrorism problem." She categorised terrorist groups into four categories: ethnic, ideological, financial and religious.[1]

Justine A. Rosenthal was a visiting fellow at the Watson Institute in 2006. She is director of the Atlantic Monthly Foundation, home to the Council on Global Terrorism, and an adjunct professor at Georgetown University. Her areas of interest include terrorism, ethnic conflict, nuclear proliferation, US foreign policy, transnational crime and corruption. Previous positions include research fellow in foreign policy studies at the Brookings Institution where she worked on terrorism issues; director of the executive office at the Council on Foreign Relations, where she managed the president's office and related task forces on prominent international policy; fellow in the U.S. government, where she received a Merit Service Award for her work in intelligence analysis; and special assistant to former Treasury Secretary Robert E. Rubin. As a Luce Scholar and Lecturer, Rosenthal also spent considerable time in China where she taught courses on international relations theory and post-Cold War security issues to students at the College of Foreign Affairs in Beijing. Rosenthal received her BA in political science and public policy from the University of Chicago and her MA and PhD in political science from Columbia University. While at Columbia, she was awarded Einstein and Presidential fellowships.[2]