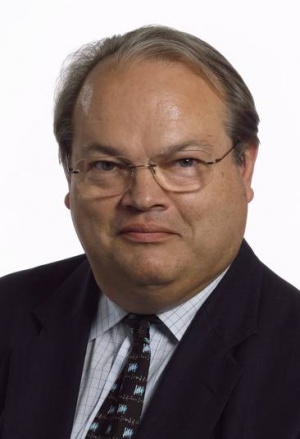 John Bowis (born 02 August 1945, Brighton) is a former UK Conservative minister for health and transport in the Major government (1992-1997).

He joined public affairs agency Fipra as a 'special adviser' for health and environmental policy in June 2009. [2]

In 2008 it came to light that Bowis was involved in an EU lobbying scandal. Twenty eight leading multinational companies were found to have their own lobbying office in the European Parliament, with a Parliamentary telephone number and address.

"Members of Parliament have been involved in a special board for this secret lobbyist activity. Their group leaders have known nothing about their involvement. The MEPs have been handpicked to serve business interests under the leadership of the Spanish vice-president, Vidal-Quadras, Chairman of EBPS, assisted by a Parliamentary board including John Bowis (EPP-ED), Lena Ek (ALDE), Angelika Niebler (EPP-ED), Edit Herczog (PES), Manuel Medina Orterga (PES) and Dirk Sterckx (ALDE)."[13]