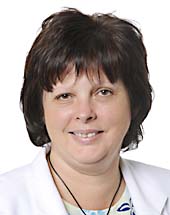 Edit Herczog (born 05 May 1961, Budapest) is a pro-nuclear socialist Hungarian MEP from the Hungarian Socialist Party (Magyar Szocialista Párt) since 2004.[1] She is also the co-chair of the Forum for the Future of Nuclear Energy along with former MEP Piia-Noora Kauppi,[2] and Chairwoman of the Finnish delegation of the European People's Party (Christian Democrats) and European Democrats.