Janusian is a London based company that is part of the Risk Advisory Group and is closely connected to the Centre for the Study of Terrorism and Political Violence (CSTPV). David Claridge, its managing director, is the former Operational Director of CSTPV and is often seen interviewed or quoted on mainstream media, in his capacity as a 'terror expert'. Its Director, Crispin Black, is a former government intelligence analyst.

Janusian has been in Iraq since April 2003, and provides mercenaries for the protection of foreign workers and diplomats.

In January 2005 a British and an Iraqi civilian were killed just north of Baghdad whilst working for security contractors Janusian Security Risk Management Ltd. The employees were apparently riding in a convoy near to the power station they worked at when they were ambushed. Janusian is one firm amongst multitude of private military companies providing armed guard and escort services in Iraq who, according the US Department of Defence, now employ around 25,000 people. It was apparently the first Western private military outfit to have an operational office and manager stationed permanently in Iraq.

The firm grew out of the network of interests that spans the risk management/private military industry and academic 'terrorology.' David Claridge, the managing director of Janusian is one of the founder members, and an Honorary Fellow of, the Centre for the Study of Terrorism and Political Violence in the University of St Andrews, Scotland. Janusian and the St Andrews Centre pool 'expertise' and share information. The following statement boasts of this relationship on the company's website:

The new company has created a number of proprietary tools to identify and evaluate the terrorist, criminal and other physical threats facing businesses around the world. The first of these, a unique collaboration with the Centre for the Study of Terrorism and Political Violence at the University of St Andrews, includes shared access to research, intelligence sources and databases, and the expertise of the Centre's staff, as well as the development of sector-specific studies into areas of political risk

The close links between the St Andrews Centre and the security industry is typical of the 'embedded nature' of academic expertise in terrorism. In the same way that much of our information regarding the nature of the 'insurgency' in Iraq remains largely dominated by misinformation drawn from embedded journalism, so much expertise on contemporary terrorism originates from a pool of embedded academics with close links to the military industry. In other words, the academic study of terrorism is dominated by embedded academics. 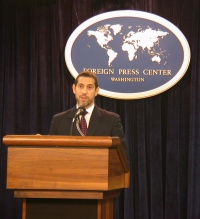 A description of the St Andrews Centre as 'embedded' in the military industry is supported by its close ties to RAND Corporation. RAND Corporation has been perhaps the most influential military strategy think-tank in the US for almost 60 years. Its list of former staff and associates reads like a who's who of Bush regime apparatchiks. Condoleezza Rice and Donald Rumsfeld for example are both former staff members at RAND. Collaboration between the two institutions is most obvious in their conference and seminar programme. In one such joint venture in May 2004 St Andrews Centre academics made the key note speeches to a conference co-organised with Janusian and RAND Corporation. The conference brought together representatives from 88 corporations to discuss the importance of corporate counter-terrorism strategies.

Close institutional links are maintained by inter-locking positions held by two key individuals. Founder member of the St Andrew Centre, Bruce Hoffman, is a long-standing senior researcher with RAND Corporation. Hoffman was seconded by RAND to the Centre when is was set up in the early 1990s. Together with senior RAND analyst, Brian Jenkins, he remains a member of the St Andrews Centre's Advisory Council. Both of those RAND employees are also Honorary Senior Research Associates at the Centre. Amongst a host of impressive government appointments, Bruce Hoffman has served as a member of the U.S. Department of Defense Counterterrorism Advisory Board and in November 1994, the CIA awarded Hoffman the US Intelligence Community Seal Medallion, the highest level of commendation given by the agency to a non-government employee. Brian Jenkins is currently recognised by the US government as one of the foremost world experts on terrorism for his work at RAND. He is a former Green Beret in US Army Special Forces and his previous 'anti-terror' research is distinguished by his advocacy of a 'low intensity' dirty war intervention by the US in Guatemala in the 1970s and the suggested use of a proxy army against the Nicaraguan Sandinista government in 1984. 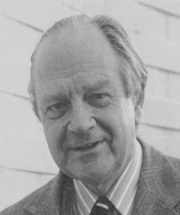 The counter-insurgency school is best known for its promotion of 'dirty war' tactics which involve covert infiltration of local populations and violent targeting of opposition sympathisers. In counter-insurgency theory, terrorism and popular protest are viewed as part of the same 'spectrum of political violence'. In this analysis peaceful forms of dissent warrant the acquisition by law enforcement agencies of emergency powers to prevent an inevitable spiral into violent public disorder. The basic thesis is that military techniques of order management are necessary to prevent a further spiral into terrorism. Counter-insurgency theory legitimates strategies that range from the covert infiltration of 'suspect populations' to the assassination of key insurgents. It articulates a coercive model of power which views political settlement or negotiation as a sop to insurgency. The thorny question of why populations may wish to resist colonial rule in the first place doesn't tend to feature in the counter-insurgency manuals.

After leaving the armed forces and taking up an academic career, Clutterbuck quickly established a commercial use for his theories. As director of Control Risks in the early 1970s he set up the Control Risks Information Service, a division of the firm which specialised in advising and dealing with the 'political risks' to businesses operating in insecure environments. Control Risks Group is now reported to be one of the largest providers of armed security in post-war Iraq. At least 3 civilian employees of the company have lost their lives in active service during the occupation. There remains a strong link between the St Andrews Centre and Control Risks: the company regularly donates its archive to be used by the Centre for research purposes.