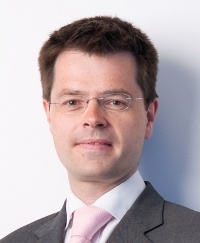 James Brokenshire is a Conservative Party MP, who sat for the constituency of Hornchurch between 2005 to 2010, and subsequently for Old Bexley and Sidcup.

Brokenshire was secretary of state for Housing, Communities and Local Government from April 2018 until he resigned in July 2019 after Boris Johnson replaced Theresa May as prime minister.

Brokenshire is a former Northern Ireland secretary of state, an appointment made in 2016 by Theresa May, his former boss at the Home Office. [1]

In 2014 Brokenshire was appointed minister of state for the Home Office, overseeing security and immigration.[2] He was the shadow minister for home affairs from 2006 to 2010, and a minister at the Home Office from 2010.[3]

In February 2019 Brokenshire rejected the appeal by controversial frackers Cuadrilla against Lancashire County Council's refusal to give its Roseacre Wood site, near Blackpool the go-ahead. He ruled against the issue primarily because of traffic congestion.

In a written statement on 23 May 2019 Brokenshire acknowledged that the government's policy support for shale gas as a source for energy security and a transition fuel for a low carbon future, stated in paragraph 2019a of the National Planning Policy Framework, had been ruled unlawful by the courts. [5]

Brokenshire was educated at Davenant Foundation Grammar School, he then went to Cambridge Centre for Sixth Form Studies and the University of Exeter, where he studied law. Before working in Parliament, he was a partner at a large international law firm. [6]

Brokenshire was an MP for Hornchurch and Rainham from 2005 until the constituency was abolished in 2010. [6]