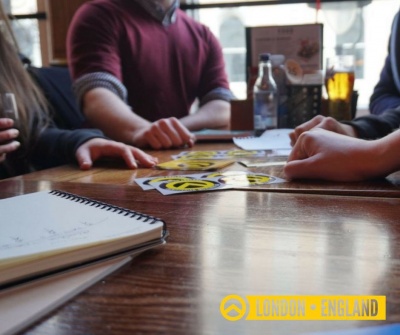 The UK branch of the French far-right anti-Muslim and anti-immigration group Generation Identitaire (GI), set up in October 2017.

It describes itself as a non-violent pan-European patriotic youth movement but on the continent, its protests have often erupted in violence and resulted in arrests of its members. Its promotional videos also show multiple scenes of violence.

Generation Identity (in some countries running as “Identitarian Movement“), is a Europe-wide patriotic youth movement that promotes the values of homeland, freedom and tradition through peaceful activism, political education, and community & cultural activities. We want to create an awareness for a patriotic value base in the metapolitical realm.

'The crucial questions of the 21st century will be asked in the field of identity politics. In respect to this we, as patriotic Europeans, have to acknowledge that the current demographic condition is unfavourable for the indigenous population and that we expect many ethnic, cultural and religious conflicts unless there is a political rethink.

We are concerned with the preservation of the cultural heritage that has characterized our countries and the continent of Europe over many thousands of years. We do not want to break this chain. That’s why we see it as our mission to argue for a peaceful and secure future within Europe.

We want to continue along the path forged by the ethno-cultural tradition of our ancestors.'