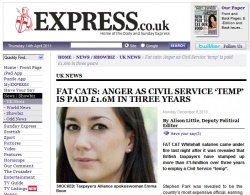 According to her twitter, Boon also worked for the Brunswick Group.[5]

Boon graduated from Edinburgh University with a Masters in Mental Philosophy before gaining a Postgraduate Diploma in Broadcast Journalism from City University in London. She then moved on to work as a freelance journalist in London and then a broadcast journalist in the West Midlands, Essex and Suffolk. According to her biography on the Taxpayers' Alliance site her journalistic experience gave her 'the opportunity to interview scores of politicians including the Prime Minister, and report on hundreds of examples of taxpayers’ money being wasted'.[6]