"Era's learning networks are an integral part of the Era developmental framework. Integrating individual and organisational learning Era provides a full range of on and off line business learning from Gateway events through to follow up support and service, providing ‘just in time’ multi-faced learning which complex change internally in organisations requires."[1]

Era Ltd. describes itself as “an innovative, not-for-profit regeneration consultancy specialising in strategy and planning, project management and business development solutions. It responds to the need to balance people, government, competitiveness and inclusion. It inspires change through: rigor in analytical work, innovation in practical strategies and solutions, effectiveness in project management and delivery."[2]

It is part of the Mezzanine 2 consortium at 1 London Bridge, “a group of dynamic young companies” (they have been around for a decade or more) which includes the Community Action Network (CAN), Green-Works, Social Enterprise London, The Stephen Lawrence Charitable Trust, TimeBank and WWF. Formerly it was with some of the aforementioned (and others including Demos, the Foreign Policy Centre and The Policy Network) who worked together as ‘The Mezzanine.’ As political lobbyists and venture philanthropists, think tanks and policy entrepreneurs, they were associated with the nexus of interests which facilitated the influx of big business into New Labour.

In "Building Community Capacity for Social Enterprise (2000-2001)", an £800K project funded by the London Development Agency, the "delivery" of a “Completed report, jointly with DEMOS, looking at the future of social enterprise” leads to the “Successful recruitment of social sector beneficiaries into Community Action Network.” These two organisations used to be across the hall from ERA and had overlapping personnel. ERA's Ian Hargreaves is a Demos trustee, married to CAN's Adele Blakebrough, and a former director of the LDA. According to the ERA document, "ERA Track Record", "Era’s membership of the Mezzanine Group provides a unique blend of capabilities and networking opportunities for new and existing clients."[4]

Other activities include developing the Tate Modern (ERA seems to have been hired as a fundraiser, yet makes no mention of the Tate's Lord Stevenson’s connections here). Other projects listed include the "HeART of Slough" and “The Creative Hub”, the “flagship building in the HeART of Slough development”, on which ERA worked as consultants. “The Creative Hub” consists of “a digital library, an 'interactive multicultural experience' and healthy living space.”

"Era were the originators of the Regional Policy Commission and works directly with the ODPM [Office of the Deputy Prime Minister]. It has long experience of working in national and regional development and in the development of major projects in the cultural and heritage field, including the Tate Modern and the London Thames Gateway."

She is a director of Creative Futures (funded by European Social Fund) and a Visiting Professor, University of East London; 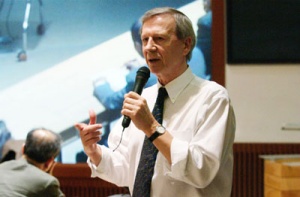 Briefing for the Hub.

United States Information Agency Alumni Association - "What public diplomacy is and is not."

Philip Taylor - Professor of International Communications and Director of the Institute of Communication Studies at the University of Leeds. Power point presentation defining public diplomacy and propaganda.

"According to Castells the IT-revolution is partly responsible for the collapse of the Soviet Union together with other statisms, and for the rejuvenation of a more effective, flexible and hardened capitalism. The rise of new social movements is a response to the crisis of the nation, democracy, the traditional institutions of civil society and patriarchy in large parts of the world. Together these three processes are causing a new social structure ( a network society), a new economy (a global informational economy) and a new culture (a culture of 'real virtuality')."

Sian Best (2005) nuisance, The Guardian, January 5. This covers the direction some of millions spent in 'development' of Cardiff Bay.

"One of the eventual major beneficiaries of the £500m of public money pumped into the 3,000 acres of derelict south Cardiff by the development corporation was Associated British Ports (ABP), owners of nearly 150 acres along the waterfront, a prime development site. When he left the Commons in 1987, Edwards joined the ABP board, while Freddie Watson, the Welsh Office civil servant he later credited with the idea of the barrage, became chief executive of Grosvenor Waterside, ABP's property arm."