Department for Exiting the European Union

Department for Exiting the European Union, or DexEU for short, is the government department in charge of overseeing Brexit negotiations and establishing the UK's future relationship with the EU.

It was formed by the Prime Minister, Theresa May, in July 2016, in the wake of the referendum vote to leave the EU. 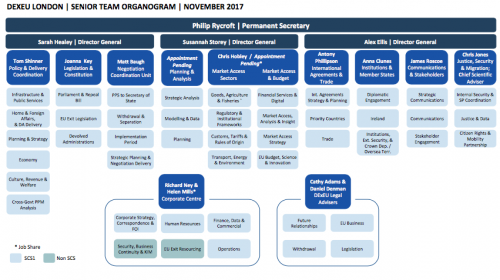 Figures released by the Department in September 2017 show that more than 20 per cent of its civil servants have left in the last 14 months, far higher than the average 9 per cent turnover across the civil service.[1]