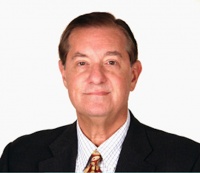 David Steinmann is a director at American Securities Management, a trustee for the Anchorage Charitable Fund and president of the William Rosenwald Family Fund.

In 2011 he was a board member at counterjihad activist Frank Gaffney’s Center for Security Policy. [1] He has also served as vice-chairman of the board of the Middle East Forum.

David Steinmann has been Advisory Executive for the William Rosenwald Family Organization which is located in New York City. That organization has overseen the business and financial interests of the Rosenwald Family. He was with the Rosenwald Organization for more than 30 years since 1976. Previously, Mr Steinmann was a founding partner of the law firm of Ferziger, Wohl, Finkelstein and Steinmann with a broad corporate and commercial practice including financial institutions. Prior to that, Mr Steinmann was with the law firm of Christy, Frey and Christy, located at Rockefeller Center in New York City. From 1967 to 1970, Mr Steinmann was an Assistant United States Attorney for the Eastern District of New York and Deputy Chief of the Criminal Division of that office.

Mr Steinmann has been associated with numerous professional and charitable organizations including having served as: President of the Board of Columbia Grammar & Preparatory School in New York City; Vice President and Treasurer of the Academy of Political Science; President and Chief Executive Officer of the Jewish Institute for National Security Affairs (JINSA) and currently as Chairman of JINSA and as Chairman, Board of Advisors; Vice Chairman of the Middle East Forum; a member of the Boards of the Center for Security Policy, and the America-Israel Friendship League; Vice Chairman of the Committee for Accuracy in Middle East Reporting in America (CAMERA); President of American Friends of Qatzrin; a member of the Advisory Boards of the Center for Jewish Studies at Queens College and Insight Turkey International.

Mr Steinmann holds a Bachelor of Arts degree with Honors from New York University College of Arts and Sciences, 1962; an LLB from Columbia University Law School, 1965; and an LLM from Georgetown University Graduate Law Center, 1966 where Mr Steinmann was an E. Barrett Prettyman Fellow in Trial Advocacy. [2]