“Of course some PRs do send out vacuous rubbish and bogus surveys dressed up as a story. Of course some political PRs do try and manipulate the news.” – Colin Byrne[1] 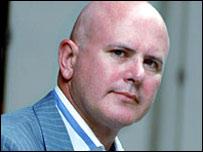 Colin Byrne is a PR executive with close links to the Labour Party. He was a protégé of Peter Mandelson and is currently CEO of Weber Shandwick UK and an adviser to Editorial Intelligence. According to his blog, he likes to think of himself as ‘a hippy in a suit’ but his client list has included corporate giants like Shell, Walmart, Coca-Cola and Nestlé.

Colin started his PR career at the Automobile Association and the National Union of Students before going to work for the Labour Party on the 1987 general election campaign. In his subsequent role as Labour’s Chief Press Officer, a post he held until the 1992 election, Colin worked with the shadow Cabinet, including current Prime Minister Tony Blair MP and Gordon Brown MP, on media relations. He returned to politics briefly in 1997 when he worked for Labour’s election manager, Peter Mandelson MP, on a number of strategic projects connected with Labour’s press campaign for the general election.

After a brief period as PR Manager at the National Farmers’ Union, Colin was headhunted to Shandwick as an Associate Public Affairs Director in 1995. He joined the board in 1996 and became the MD of the new Shandwick Public Affairs consultancy the following year. After building Weber Shandwick’s public affairs division into an industry leader he was promoted to be CEO of the new enlarged Weber Shandwick after its 2001 merger with BSMG.[2]

“I must admit that I did occasionally try to cover up the facts. Just as people pledge to die for their country, I effectively declared that I would lie - or at least be economical with the truth - for my party.” – Colin Byrne[3]

In 1984 Peter Mandelson was appointed the Labour Party’s director of communications. Byrne, who was then the Press and Campaigns Officer for the National Union of Students, wrote to Mandelson to tell him: “You are articulating everything that I believe.”[4] He was subsequently invited to meet Mandelson at the Labour headquarters, and two years later was recruited to work for him on the 1987 election campaign. Byrne was impressed by Mandelson and found him to be “way ahead of his time in corporate communications”. Byrne considers Mandelson his mentor and the two men shared a flat for three years and kept in close touch.[5] Mandelson was best man at Byrne’s first wedding.[6]

In 1997 when Byrne was a Director of Shandwick he was also recruited as an ‘Election Consultant’ with the Labour Party, again working alongside Peter Mandelson - who was then Labour’s election manager – ‘on a number of strategic projects connected with Labour’s press campaign for the general election.’[7] He took unpaid leave to take on the work.[8]

Byrne also worked on the 2001 election campaign for the Labour Party's Business Relations unit (responsible for securing donations and spreading the pro-business message). As with his 1997 work, Byrne took unpaid leave and is reported to have worked ‘in a personal capacity and outside working hours’ during the campaign. It was during this period that Byrne was working closely with former BAE Systems Director Lord Hollick to build corporate sector support for the party.[9]

When Stephen Carter took over as Principal Advisor to Prime Minister Gordon Brown in 2008, Byrne reportedly wrote to him offering to provide advice and help. He received a reply he regarded as rude and dismissive.[10]

According to leaked internal documents from Shandwick's New York office, Byrne advised Shell when it came under criticism for its role in the Nigerian government's 1995 execution of playwright and indigenous activist Ken Saro-Wiwa. In response to a request from Shandwick New Zealand, which was working for a government owned logging company, Timberlands, for information on the Body Shop, Daphne Luchtenberg of Shandwick-New York alluded to “dealings and similar wranglings with The Body Shop over their campaign against Shell and Nigeria...” She offered help for Timberlands from American Shandwick staff who had assisted in the Shell contract. “Colin Byrne advised them on that and he would be good to include in the conference call,” she suggested. “Colin B also has a freelance consultant who is very hot on European environment issues and if the timing is right he might be involved,” wrote Luchtenberg.[12]

In January 2005 PR Week reported that Weber Shandwick had won the £350,000 account for Coca Cola Great Britain. Weber Shandwick's then senior vice-chairman David Yelland, the former editor of The Sun, has been designated Coke Great Britain's ‘chief media officer’ with the job of "rebuilding relations with the media, after last year’s Dasani fiasco." Byrne led the team handling the account. [13]

Byrne has also nursed Carillion in its bid for hospitals. As Carillion re-positioned themselves towards the new government, it stopped donations to the Tories and instead hired lobbying firm Shandwick. Shandwick in turn hired Byrne, and Carillion then sent some of its staff 'on secondment' to the Cabinet Office, and made sure it is a 'corporate partner' of the New Local Government Network, "funding Labour's shadowy modernising masonry in the town halls." [14]

In 2001 Shandwick won a £100,000 account from burger giant McDonald's for Colin Byrne to work on McDonald's relations with government. [15]

Byrne is an advisor to the controversial PR firm Editorial Intelligence and an ‘old friend’ of the company’s founder and CEO Julia Hobsbawm.[16]