The Claws Foundation is a US-based grantmaking foundation. Described as 'low-profile' by Inside Philanthrophy magazine, it does not appear to accept unsolicited proposals. [1] 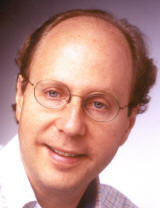 According to Inside Philanthrophy:

Dantchik and some of the other Susquehanna founders keep a rather low profile, making it difficult to know what drives some of their giving. It's clear that Dantchik is especially interested in the policy space, and should be watched carefully in this area.[1]

Arthur Dantchik, founder of the commodities trader Susquehanna International Group donated US$10,000,000 according to 2011 IRS filings. [2]

Through Claws, Dantchik has strongly supported Shalom Hartman Institute, 'a pluralistic research and leadership center at the forefront of Jewish thought and education in Israel and the Jewish Diaspora', and the Jerusalem Online University. Other grantees have included the Central Fund of Israel, PEF Israel Endowment Funds, and American Friends of Old City Charities.

Dantchik has also supported a range of children and health-focused charitable causes, as well as the arts.