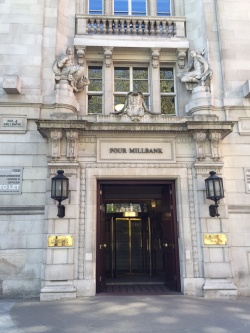 PR Week reported in October 2011 that:

It is expected that the new operation will not be a straight public affairs outfit but will instead specialise in offering campaigning advice to governments, corporates and NGOs wishing to occupy the political centre ground.

It is understood Murphy, a loyal Blairite, plans to link up with a number of former colleagues who share his political outlook. A well-placed source said Murphy had spoken to a number of Blairites with campaigning experience about his new venture.

Murphy confirmed he had left APCO to establish the consultancy but said he was not yet in a position to speak further.[1]