Air Chief Marshal Sir Brian Burridge was the commander of the UK Joint contingent in the 2002-2003 Iraq War and Commander-in-Chief Strike Command until his retirement from the Royal Air Force in 2006.

A 2001 Ministry of Defence biography outlined Burridge's career as follows: 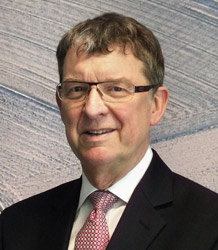 Air Marshal Burridge joined the Royal Air Force in 1967. His operational background is as a Nimrod pilot in the Maritime Patrol role. He commanded the Nimrod Operational Conversion Unit 1986-8, and RAF Kinloss 1990-2. He has also completed a number of tours as a flying instructor, including command of Cambridge University Air Squadron.

His first staff tour was as Personal Staff Officer to the AOCinC Strike Command. From 1992-7, he served in the MOD as Deputy Director of Force Doctrine (RAF), then as Director of Force Development, and almost three years as the Principal Staff Officer to the Centre of the Defence Staff. Promoted to Air Vice-Marshal in 1998, he was Air Officer Commanding 11/18 Group commanding the RAF's air defence, maritime, and search & rescue forces. He was the Commandant of the Joint Services Command & Staff College from January 2000, then was appointed Deputy Commander-in-Chief Strike Command from February 2002.[1]

Three months after retiring in January 2006, Burridge, who had attained the rank of Commander-in-Chief Strike Command, joined arms firm Finmeccanica (now called Leonardo). His role was Senior Vice President Strategic Marketing.[3] This role was approved by ACOBA, "subject to the normal three-month waiting period and the condition that, for 12 months from his last day of service, he should not be personally involved in lobbying MOD ministers or officials on behalf of his new employer"[4]