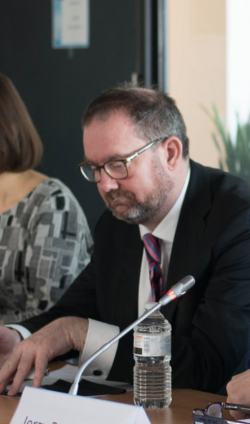 Pryce spoke at an event in Brussels on 11 April 2018 at the Euractiv office in the city run by the EU DisinfoLab together with the Atlantic Council. Participants were as follows: