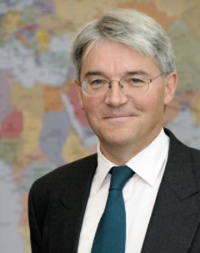 Andrew Mitchell is a millionaire former investment banker and British Conservative Party member of Parliament (MP). In May 2013 he was hired as an adviser to corporate intelligence consultancy Montrose Associates.[1]

Mitchell has been the Conservative Party MP for Sutton Coldfield since 2001 and was previously the MP for Gedling from 1987 to 1997.

Mitchell is the son of Sir David Mitchell, Conservative MP for Basingstoke 1964-83 and North West Hampshire 1983-97.

Mitchell was appointed secretary of state for international development in May 2010.[2]

In September 2012 he was appointed government chief whip.[3]

He resigned from this position on 19 October 2012, over the so-called 'Plebgate' affair concerning allegations he had verbally abused police officers at Downing Street. The Metropolitan Police later launched an investigation into claims police officers gave false evidence over the episode.[4]

As of November 2017, Mitchell combined his MP duties with working for: 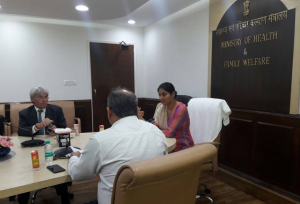 Andrew Mitchell in August 2017 meeting Anupriya Patel, Minister of State in the Ministry of Health and Family Welfare, India with the CEO of Indo UK Institute of Health

(a) Donations to my constituency party or association, which have been or will be reported by my party to the Electoral Commission:
(a) Name of donor: Sir Doug Ellis
(a) Address of donor: private
(a) Amount of donation or nature and value if donation in kind: £10,000
(a) Donor status: individual
(a) (Registered 10 February 2014)