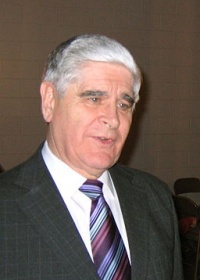 Alun Cairns is a Welsh Conservative Party politician. He was elected as the Member of Parliament for the Vale of Glamorgan at the May 2010 election. He was appointed as Parliamentary Under Secretary of State at the Wales Office and Government Whip in July 2014.[1]

Following Stephen Crabb's succession to Secretary of State for Work and Pensions, Cairns took over the role of Welsh Secretary in March 2016. [2]

Cairns had been a member of the National Assembly for Wales for in the South Wales West region since 1999.

Before being elected he worked for Lloyds Bank (latterly Lloyds TSB) for more than 10 years – mostly in business development, with his last role in financial services compliance.[3]

A seating plan of the Conservative Party's Black and White Ball, in February 2014, was leaked to the Guardian in October 2014. The party, which guests pay between £450 and £1000 for a ticket, seats diners with the minister most relevant to them. The report revealed that Cairns sat on a table with the then energy minister, Michael Fallon, James Wharton MP and Alexander Temerko, a director of Offshore Group Newcastle, a firm which supplies the offshore renewable energy industry. Both Cairns and Wharton are MPs of constituencies where the offshore wind farms have been proposed and have both benefited from donations directly from Temerko. [4]

In March 2014 Cairns declared the following donation on the MPs' Register of interests for 'support in the capacity as an MP':