Alex Deane is a Conservative lobbyist and Brexit supporter. He is head lobbyist at FTI Consulting in London.[1]

Deane is a vocal supporter of Brexit. He was part of Brexit Express, the campaign group funded by Brexit mega donor Jeremy Hosking. 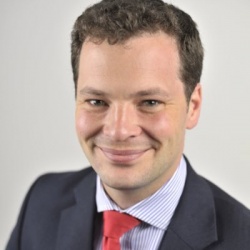 Often referred to as David Cameron's former chief of staff, Deane briefly worked for Cameron in 2005 when he was shadow education secretary.

He founded and ran Big Brother Watch from 2009 a campaign from the founders of the TaxPayers' Alliance 'fighting intrusions on privacy and protecting liberties'.

Deane moved into commercial lobbying in 2011, first at Bell Pottinger and then Weber Shandwick.[2]

In a piece written for PR Week in June 2011 Deane declared his love for think-tanks and campaigning organisations, although recognising that "the line between the two was becoming increasingly blurred":

"But I still think that my perceptions are accurate when I say that the importance of these groups has never been higher. They exert influence upon, and provide room to debate for, the leading lights within the coalition Government. And their importance should not be overlooked by those working in public relations.

Think-tanks are changing minds at the heart of our national debate."

He highlighted the influence of several right-wing and free-market think tanks such as the Taxpayers' Alliance, The Freedom Association, Adam Smith Institute, Institute of Economic Affairs and Policy Exchange and Politeia.[2]