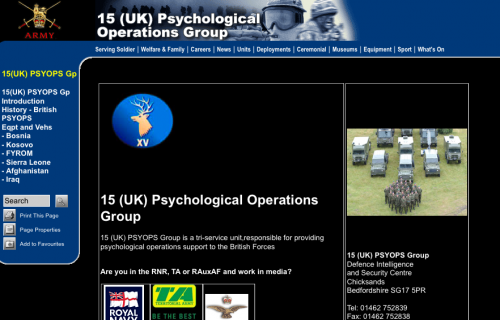 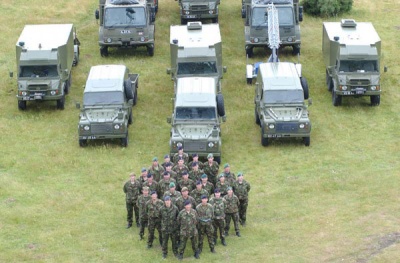 The 15 (UK) Psychological Operations Group is a Territorial Army support Group for the British Army specialising in psyops or Psychological Operations. It is a Land unit under the administrative command of 1 Military Intelligence Bde[1] and was set up in 1998. It is based in Chicksands, Bedfordshire at the Defence Intelligence and Security Centre.