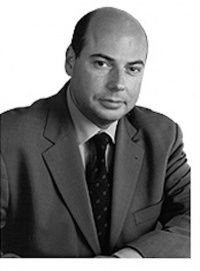 He was made a CBE in the Queens Birthday Honours List in 2015 'his work with Imperial College NHS Trust in London'[1] - a role which according to Private Eye is only 'a minor job'.[2]

Isaacs held a number of positions at Lehman Brothers bank, including CEO Europe and Middle East and CEO Asia-Pacific. During his time at the bank, with Roger Nagioff, he was 'instrumental in the development of Lehman Brothers' international operations.[3] Isaacs was named in the 2010 official report into the collapse of the bank. 'The report cites emails showing how Isaacs pretended things were ok even as the black hole was growing'. An example of this is in August 2008, when Lehman was in secret talks to sell 50 percent of its shares to Korean financiers in order to keep afloat, Ian Lowitt, the chief financial officer, contacted Isaacs about his worries over the deal but received the message 'Fingers crossed. Things usually work out for the best!' - the sale failed. According to Private Eye, Isaacs left Lehman a week before it collapsed and authorised a $5 million pay off for himself.[2]

In 2008 Isaacs founded private equity investment firm JRJ Group with three other former Lehman executives, Peter Sugarman, Roger Nagioff and Joanna Nader.[4] At JRJ he 'is closely involved with the implementation and guidance of fund strategy'.[3]

Isaacs is a member of The Leader's Group, the premier Conservative Party supporter group. Through an annual membership fee of £50,000 donors are able to secure access to leading members of the party.