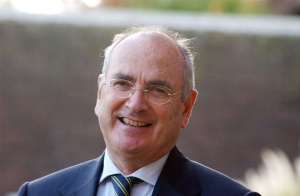 Mr Saajid Badat did not however take up that place. When my press officer telephoned your co-author and you to point this out, she was told that you had other evidence which demonstrated a connection. She was then told that this was what appears on a BBC web site (http://news.bbc.co.uk/1/hi/england/gloucestershire/4305161.stm). In reality, that report says unequivocally that he did not take up either of the offers of places he had at this and another university.

All of us take the issue of terrorism extremely seriously. The well-being of students, staff, visitors to the university and the population in general are of the highest importance to us here in City. I will therefore deal appropriately with any relevant matters drawn to my attention – provided that there is some genuine evidence. In this case, the ‘evidence’ you have given us is farcical. I ask that you substantiate your claim or that you issue an immediate apology, remove City University from your list and notify the Guardian.[5]

Glees, whom I had not met before, came to interview me in my office at Reading University on the afternoon of 17 November 1998. He was, he said, doing research for a BBC television programme, and presented me – rather curiously, I thought – with a BBC News business card belonging (according to the email address on it) to Sarah Hann on which he had written by hand his own name, private email address, and telephone numbers. The programme would, he said, bring to public attention ‘the unsung role of the GDR Group and others in the events of 1989’. (Glees was to paint an even more glowing picture of END a year or so later, when he wrote of it as ‘a most remarkable institution, with a political impact in eastern Europe so great that we are entitled to regard it as one of the main causes of the defeat of communism in central and eastern Europe’ (The New Germany in the East, ed. Christopher Flockton, Eva Kolinsky and Rosalind Pritchard, London 2000: Frank Cass, p. 177).)[6]

‘The Sandford Story’ (pp. 328-335) is the title that Glees gives to a section of a chapter called ‘The Stasi’s British Assets’, which in its turn is contained within the part of the book entitled ‘Penetration and Recruitment’... His technique is to use – and trust – the Stasi files to provide the starting-point for his ‘story’, and to make up any gaps and links himself as he goes along in a manner that – sometimes by confident assertion, sometimes by sneering innuendo – furthers his thesis of the Stasi’s ‘penetration and recruitment’ of its ‘British assets’.[7]