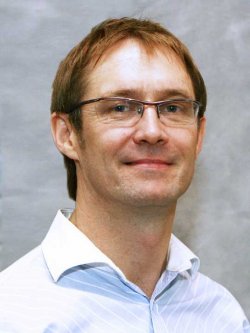 Willie Sullivan (born 2 January 1966) is a Labour councillor in Fife, Scotland. He is on the board of Compass as its Scottish representative and is involved with a think tank called the Public Interest Foundation, associated with the Glasgow-based company Jabbar Group. Sullivan regularly appears in the media making the case for voting reform and he is a proponent of proportional representation. [1][2]

According to a BBC report on the 2003 Labour Party conference in Bournemouth: 'Willie Sullivan, from Dunfermline West, was heckled as he tried to make the point that "the principles behind foundation hospitals are socialist principles".[3] Sullivan added "this is a clash between local socialism and cental statism"[4]

Since 2003 Sullivan has become a critic of New Labour and its espousal of policies that favour the free market and individual interests at the expense of fairness and social responsibility, particularly as this affects Scotland.[5] In 2003 Sullivan described the Scottish Labour as “untrusting and untrusted” and “arrogant and insecure”.[6]

"Vote for a Change"

Sullivan is campaign director for 'Vote for a Change', the campaign for a referendum on a change to the voting system.[7] He favours proportional representation as part of the solution to the problem of politicians failing to put the interests of their constituents first.[8] In May 2010 Willie Sullivan was critical of the political system that allowed David Cameron to make a “big open offer” to the Liberal Democrats to form a coalition government. Sullivan argued that “right now David Cameron is on all the news channels, announcing how he’s planning to form a government…his Conservatives having secured only 36 per cent of the vote nationwide,”, adding “It’s outrageous. But it’s not surprising, is it? This is what our broken system produces: broken elections”.[9] Sullivan co-signed a letter arguing for a referendum on voting reform within six months of the 2010 UK general election. The letter read:

We believe that the outcome of the general election now makes it imperative that the British people decide on the electoral system they wish to adopt in the future. We would ask that people from all parties and all walks of life support our view that a referendum should be held within six months of this general election to enable the people of the UK to make this decision.[10]

He was an official with the Scottish Labour Party where he realised that the current electoral system gives Party Managers and politicians too much power. He worked for Fairshare, the successful campaign to get a proportional system to elect Scotland Councillors and worked on Social Cohesion projects in the Southside of Glasgow, particularly with Muslim communities.[11]

Sullivan is critical of "the era of the hobby MP", when MPs give little attention to Parliamentary activities and their constituencies. He wrote in The Guardian:

when some politicians are holding down what are effectively full-time jobs in between representing their constituents, scrutinising legislation and keeping the government in check, something has to give. And that, it seems, is the voters... Constituents will continue playing second fiddle until we see a voting system that obliges politicians to focus on what's really important – the interests of their voters.[12]

Sullivan's name came up in the Parliamentary Standards inquiry into the conduct of John Reid. Lesley Quinn, who succeeded Alex Rowley as General Secretary of the Labour Party in Scotland, noted that Sullivan worked for Rowley:

When I worked with Alex the only time I ever remember discussing with him much the employment of staff was Willie Sullivan. I had difficulties with Willie`s employment. Alex told me he wanted Willie to work as a Development Officer and Willie was meant to report to me as Line Manager but spent much of his time with responsibilities from Alex, i.e. driving him to meetings, speaking to people etc. I found this difficult... Regarding Willie Sullivan, I had the opportunity to extend his contract and decided not to do this.[13]

Sullivan was apparently worried by being dragged into the enquiry and phoned the Commissioner for Standards, Elizabeth Filkin in what seems to have been a panic:

Willie Sullivan telephoned me having received my letter. He said he was very anxious about things because "he believed he would be finished in the Labour Party if he talked to me". I said I was sure that was not the case, that the Standards and Privileges Committee had a majority of Labour Members on it and they would be grateful and impressed if he were brave and informed me of what he knew. He said what worried him was that it was the Labour majority, because he was sure that anything he said would leak into the Party.

I explained my procedures to him and that I was currently getting information from a wide number of people about what had happened. He said that there were some of the questions that he had no knowledge of which concerned formal employment arrangements but that he was party to conversations in the office and indeed some of the individuals told him what the situation was. I asked him either to write that to me or to have another conversation with me on the telephone and tell it to me so that I could send him a note. He said he would write to me with the information and I thanked him.[14]

Willie Sullivan is the director of the Scottish office of the Electoral Reform Society.[15]

In 2007 it emerged that MSP’s spent £149,300 in Scottish Parliament allowance money on consultancy fees. 90% of the money, £135,000 was given to people in the same party as the MSP who commissioned the work. As part of this arrangement Labour MSP Alan Wilson spent £28,850 on research, speeches and reports that were prepared by Willie Sullivan.[16]

Nigel Griffiths the MP for Edinburgh South lists William Sulliam as a local businessman who sponsors the Unsung Heroes awards scheme in his register of interests.[17]