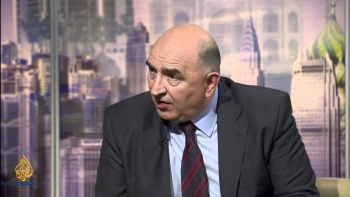 Sir William Patey is a former UK diplomat. He served as ambassador to Sudan, Iraq, Saudi Arabia and Afghanistan from 2002 until 2012.[1] [2]

Patey has since taken up various roles in the private sector, including as a non-executive director at HSBC and as a senior adviser to private security company Control Risks.

Patey graduated from Trinity Academy (1965-1971) and earned a Master of Arts in History from the University of Dundee. [4]