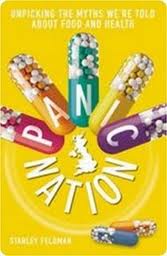 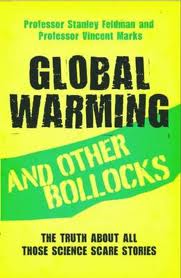 Stanley Feldman and Vincent Marks, Global Warming and other Bollocks: the truth about all those science scare stories, 2009, including a chapter by Austin Williams of the LM network

Professor Vincent Marks graduated in medicine from Oxford University in 1954 and became professor of Clinical Biochemistry in the University of Surrey in 1970 'having established an international reputation with his joint monograph "Hypoglycaemia" in 1965.'[1] He, reportedly 'subsequently pioneered many branches of modern laboratory medicine including immunoassay, therapeutic drug monitoring and point of care testing but always maintained an interesting in metabolism and nutrition.'[1] According to Marks: 'It was this that led him to appreciate that the public were often misled by incorrect, and sometimes dishonest, claims by self-appointed health professionals, many of whom had not even bothered to get themselves properly qualified. In the 1980's he coined the term "muesli belt malnutrition" to describe one of the consequences of following their advice.'[1]

Marks is a fellow of the IFST (UK affiliate of SAAFoST).[1]