Terror Finance Blog is a blog focused on 'terrorism' financing. It is populated by figures with affiliations to Zionist and neoconservative organisations. 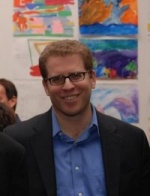 Ilan Weinglass the Israeli-American 'analyst' behind the blog

Terror Finance Blog states that it 'was created to serve the needs of legislative staff, government officials, policy makers and researchers who need intelligent and relevant analysis of issues relating to terrorist financing.' [1] The web domain was created on 5 July 2006 and registered to the Blog's editor Ilan Weinglass. [2]

Affiliations and orientation of contributors

A number of the blog's contributors are members of the American Center for Democracy. In fact the affiliation with ACD is so strong that Terror Finance Blog should probably be considered an offshoot of that organisation. Rachel Ehrenfeld is Director of ACD, Ilan Weinglass and John Wood are 'fellows', and Jean-Charles Brisard is a member of the Advisory Board.

ACD states that it 'monitors and exposes the enemies of freedom' [3] and has a strong zionist and neoconservative orientation. Its Advisory Board includes the notorious necon Richard Perle; as well as William Van Cleave, James Woolsey and Gal Luft, all of whom are also board members of the Committee on the Present Danger. [4]

Ilan Weinglass, the apparent founder of the blog, is the former head of research for the Israeli Trade Ministry's Investment Promotion Center and also worked at the Investigative Project, an anti-Muslim campaign group funded by wealthy American Zionists. [5] He was also a Security Affairs advisor to U.S. Senator Norm Coleman [6] who chaired the Senate Investigations into the Iraqi Oil for Food Programme. [7]