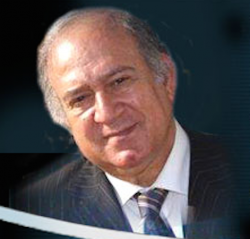 Tarek Heggy is a world expert in natural gas as well as a leading liberal Arab thinker. In 1998 he founded Tana Petroleum Middle East Co. and was previously Chairman of Shell International Petroleum Companies between 1988 and 1996. He has also written prolifically on the causes of modernity, democracy, tolerance, and women's rights in the Middle East, publishing over 20 books in Arabic, English and French. His works include Modern Management in the contemporary Arab Societies (Arabic, 2006), Margins on The Egyptian Mind (Arabic, 2004), and Culture, Civilization & Humanity (English, 2003). He is currently an advisory board member of a number of organisations, including the Institute for the Study of Terrorism and Political Violence, Washington D.C.[1]