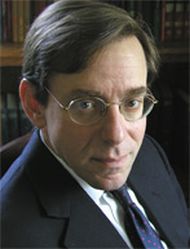 Steven Simon is a terrorologist at the Council on Foreign Relations and former analyst with the US National Security Council. His CFR bio:

Award-winning coauthor of The Age of Sacred Terror and The Next Attack. Former director for global issues and senior director for transnational threats at the National Security Council. Current work examines the consequences of the American intervention in Iraq, Muslim/non-Muslim relations, and the role of religion in U.S. foreign policy...[1]

In Their Own Words (Washington Post Book World, October 2007); After the Surge: The Case for U.S. Military Disengagement from Iraq (Council on Foreign Relations, 2007) The Next Attack (Henry Holt, 2005); Building a Successful Palestinian State (coauthor, Rand Corporation, 2005); The Arc: A Formal Structure for a Palestinian State (coauthor, Rand Corporation, 2005); Iraq at the Crossroads: State and Society in the Shadow of Regime Change (coeditor, Oxford University Press/IISS 2003); The Age of Sacred Terror (Random House, 2002).[3]